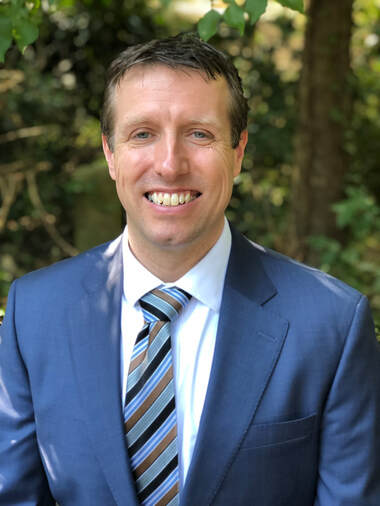 Rev. Thom Belote has served as minister of The Community Church of Chapel Hill Unitarian Universalist, since 2014.

With more than 17 years of experience leading Unitarian Universalist congregations, Thom brings to his work both a deep love of ministry and considerable gifts in all facets of ministry. Thom is an acclaimed preacher, a devoted pastor, an innovative teacher, a skilled administrator, and a committed activist.

At age 25, Thom was called as the settled minister of the Shawnee Mission UU Church in Lenexa, KS. During his 11 years in Kansas, Thom helped that church to nearly double in size and successfully complete an ambitious building project. During these years, Thom won awards for excellence in ministry and for service to the community. His book, The Growing Church: Keys to Congregational Vitality, was published by Skinner House in 2010.

Thom earned his Master of Divinity from Harvard Divinity School and his BA in Religion from Reed College. Thom approaches ministry with heart and with a strong academic background in Religious Studies.

Thom is a lifelong Unitarian Universalist.  He was born and raised in a small town in the Boston suburbs. Thom first experienced a call to the ministry at age 15 as a member of his high school youth group.

Thom’s wife Anne works as an Executive Assistant at UNC-Chapel Hill. Their daughter, Lydia, is in elementary school. In addition to being a minister and a dad, Thom reads fiction, nonfiction, and poetry, participates in justice work in the community, and loves working out at CrossFit Homeward.